It’s been half a year. I can hardly believe it, but The Netherlands has been my home for a little over six months now. I was thinking about this milestone last night as I scrolled through my phone before bed. When we arrived in September, I excitedly took pictures of life around me to serve as visual documentation of the newness that surrounded me.  I was amazed at how green and clean everything was, so I took many pictures of landscapes. We were living in the Gelderland province when we first arrived, so I was also shocked by how quiet it was. We weren’t in the big city of the province, Arnhem, but in a smaller town outside of it. Life moved at a much slower pace. This was all very different than the loud, busy, bustling Chicago I’d left behind. I welcomed this change and took it as an opportunity to unload, both physically and mentally. 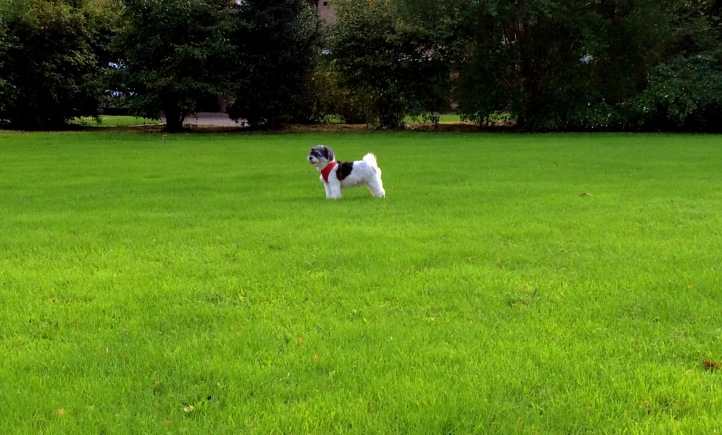 Green, open and calm.
Fast forward to April. A lot has changed in the six months since our arrival. As I mentioned in my previous post, we moved from Gelderland and we’re now located in the Utrecht province. Things are still green and lush, but there’s a bit more hustle and bustle. I’ve had more time to actually live my life in a foreign country. I enjoy many things about Dutch life and culture, but there are still things that frustrate me that I either have to learn to accept or find workarounds for. As I chose to live here, I realize that for most things, I’m just going to have to learn to accept it. Here are a few things I’m learning to accept:

In the grand scheme of things, these gripes are quite insignificant and I am learning to adapt. After all, if I wanted to have everything I had in Chicago, I could have stayed in Chicago. On a positive note, my reaction to some of these frustrations have led to great outcomes such as learning to make some of my favorite inaccessible dishes, my home blowout is looking great, and I just go with the flow and let it go when customer service fails me.  Some of my frustrations here have made me realize just how foreign I am when things that are so normal to me, don’t really exist here. It has been eye-opening in many ways.

Thinking about life in the Netherlands from the early days in September, to my current life now, I realize a lot has changed, myself included. I’ve always been fairly independent, but now I am more patient, self-reliant, and self-aware. With this self-awareness and experiencing some of the frustrations that I have, I have realized just how foreign I am.  There are things that are so normal to me that don’t really exist here, and things that are completely normal here that I am still learning. It has been eye-opening in many ways.

Hi, I'm Dallas. After more than a decade in Chicago, I packed up and moved to The Netherlands in 2015. Adventures of Happiness chronicles my expat experience.